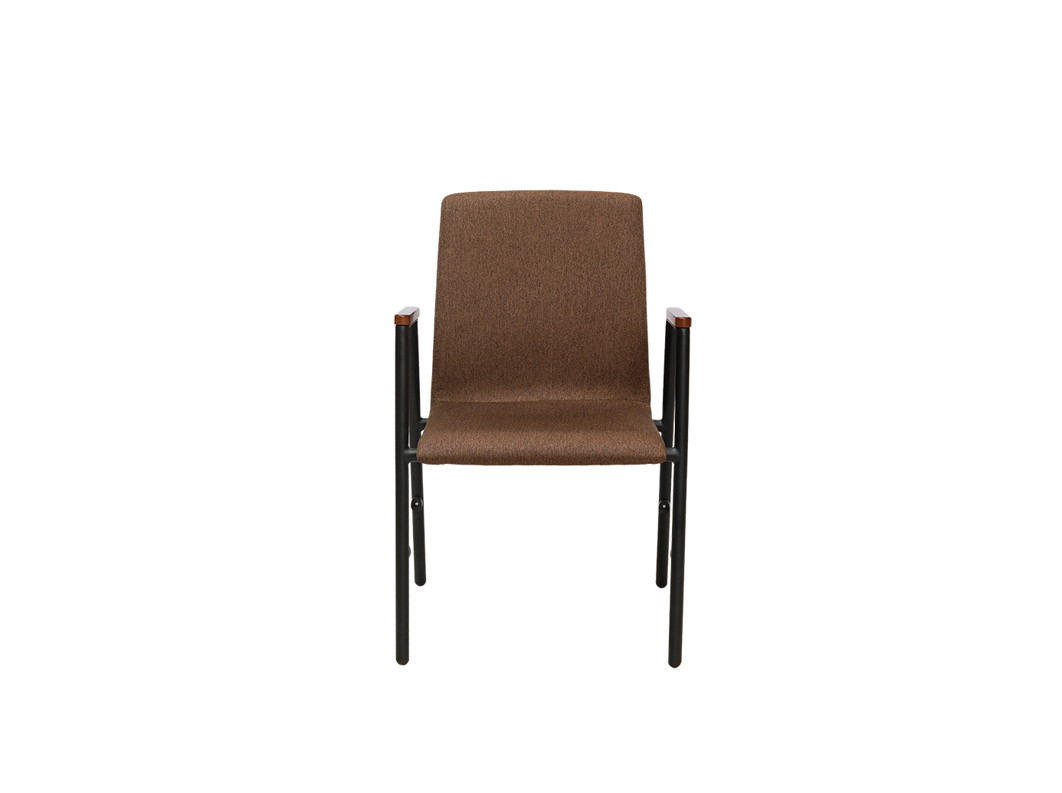 In the early days of the founding of the people's Republic of China, filling the stomach was the top priority for ordinary people. The living environment had not been paid much attention. The furniture at home was generally very simple. At that time, people's homes had only a few boxes and a board bed. Dining tables and chairs are generally Chinese traditional eight immortals tables and benches. Chairs are rare in ordinary people's homes. But at that time, the family dining tables and chairs were made of pure solid wood with Chinese tenon riveting structure. Although many people's dining tables were just a simple style of a wooden board on the desktop and four table legs, they exuded the fragrance of wood. In the 1950s, wood production cooperatives were established in various places. The products are mainly small items such as rolling pins and wooden betel nut sticks for children, which are all sold in the streets by members carrying goods on their shoulders.

In the 1960s and 1970s, domestic political movements continued and society was in turmoil. People's quality of life has hardly improved much. There are more furniture than in the 1950s, but there is no sense of design. The furniture after breaking the four old has lost its ancient style and charm. Almost urban families have one bed, one table, two chairs and two boxes. The dining table is an ordinary square table, or directly use the three box table as the dining table. At that time, the three box table was popular, and almost every family had a three box table. The dining chair is an ordinary back chair. The four legged stool is more popular than the chair because it does not occupy space and can be placed under the table when not in use. At that time, the furniture was still mainly durable and made of pure solid wood. In urban or rural areas, most people's dining tables and chairs were made by carpenters with rivets and hammers.

Family dining tables and chairs in the 1980s 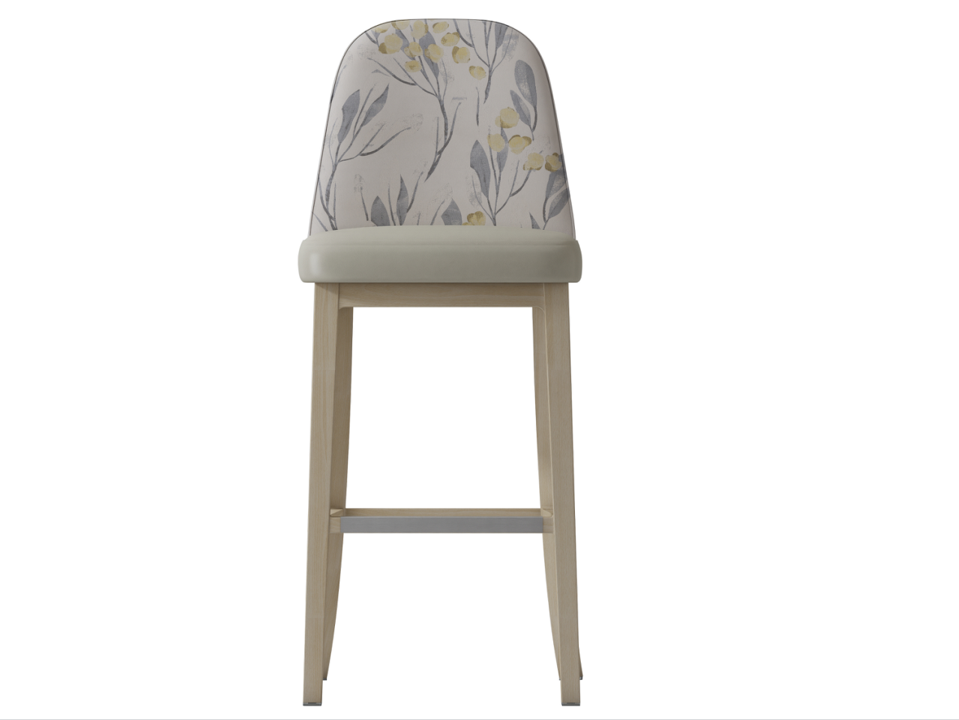 With the reform and opening up, the life of the Chinese people has changed greatly. The 1980s is an era when we can experience a happy life. In the furniture free market, all kinds of wooden furniture used by ordinary people are almost made of logs. The dining table has an ordinary square table, but the round table is more popular. Some legs of the round table can be folded. When not in use, the table can be put away and placed in an unobstructed place. Such a round table is also called standing aside. There are more dining chairs. At this time, the dining chairs have a sense of design. The dining stool is no longer an ordinary four legged stool. There are more styles of stools. At the same time, in the 1980s, domestic furniture enterprises began to introduce mechanical equipment for flow operation, the production scale and efficiency were greatly improved, panel furniture was born, and composite furniture led the trend of the whole industry.

get in touch with us
추천 기사
정보 센터 뉴스
Banquet Chair - What Are the Characteristics of Hotel Banquet Furniture? How to Choose Banquet Furni
1. Desk style (the most used form in banquet hall)The banquet chairs and tables in the hotel are placed in a correct row, just like the desks and seats at school. More than 60% of the banquets adopt the desk type, while more than 90% of the training banquets.Features: participants can have a table for placing materials and taking notes, which is convenient for taking notes. Government banquets and enterprise training banquets are very suitable., hotel banquet furniture, hotel banquet chair, Banquet Chair, banquet furniture2. Theater style (this method can accommodate the largest number of people)Table decoration: in the banquet hall, rows of seats are placed facing the podium, with an aisle in the middle.Features: maximize the use of space, so that the same space can accommodate the largest number of people; It is generally suitable for large banquets, such as 200, 300, 500 and 800 people. This can save the rental fee of banquet venue.3. Echo typeThe table in the Banquet Chair of the hotel is placed in a square and hollow shape in the shape of plus words, with no gap left in the front and back. The chair is placed on the periphery of the table. Usually, the table is surrounded by an apron, and shorter green plants are usually placed in the middle (it is better to have large green plants with round leaves).Features: the back font is used for the banquet of academic seminar type. The position of the host is set in front, and microphones can be placed at each position to facilitate the participants from different positions to speak;The zigzag layout occupies the Banquet Chair space of the hotel, and generally there are not many participants. Suitable for banquets with less than 100 people. At the same time, the square Banquet Chair is the best.4. Director typeRound or oval banquet table with seats around it. Take your seat according to the priority. The middle position is the protagonist. The projection screen is behind. Generally, this kind of similar hotel banquet chair is fixed and cannot be moved.Features: suitable for fewer people. High class banquet requirements. The number of people is less than 305. Banquet, thank you meeting formIt is the form of wedding banquet and wedding banquet. I won't say much at this time. Generally, the stage is large. Convenient for performance.6. Cocktail party styleTable arrangement: it is a banquet table arrangement based on free communication, with only tables for drinks, drinks and meals, without chairsFeatures: free activity space allows participants to communicate freely and build a relaxed and free atmosphere.
The Importance of the Armchair Designer
A Simple Way to Have the Best Best Hotel Furniture Suppliers Options
33 Chairs Inspired by Coffee Shops Around the World
How Do You Get Ready for Football Season, for Armchair Quarterbacks?
How to Buy Cheap and Stylish Coffee Shop Furniture
5 Tips to Buy the Right Small Cafe Chairs
Armchair Theatre Poll Tv Soccer Match Or Cricket Match.?
What You Need to Know About Banquet Chair for Sale
The Best Piece of Cafe Chair Manufacturer
latest articles
Banquet Chair - What Are the Characteristics of Hotel Banquet Furniture? How to Choose Banquet Furni
Yumeya Chairs
2022-06-26
31
33 Chairs Inspired by Coffee Shops Around the World
Yumeya Chairs
2022-06-26
23
A Simple Way to Have the Best Best Hotel Furniture Suppliers Options
Yumeya Chairs
2022-06-26
11
The Importance of the Armchair Designer
Yumeya Chairs
2022-06-26
21
What You Need to Know About Banquet Chair for Sale
Yumeya Chairs
2022-06-25
48
최신 주제
상업용 알루미늄 바 의자는 무엇입니까?
Yumeya Chairs
2022-06-20
17
상업용 금속 식당 의자: 알고 싶은 것들
Yumeya Chairs
2022-06-20
43
판매용 금속 레스토랑 의자: 알고 싶은 것
Yumeya Chairs
2022-06-19
24
쌓을 수있는 금속 식당 의자 란 무엇입니까?
Yumeya Chairs
2022-06-19
40
금속 레스토랑 의자 도매: 당신이 알고 싶은 것들
Yumeya Chairs
2022-06-19
32
신규 품목
Yumeya Chairs Aluminum Cafe Chair
Yumeya Chairs Brand Dining Bar Chairs Factory
Yumeya Chairs Brand Two Seat Sofa
OEM Modern Hotel Furniture Yumeya Chairs
관련 검색
Best Restaurant Chairs for Your Restaurant
25 Bright and Bold Furniture Ideas to Bring Your Home into the 21st Century
How to Buy Restaurant Chairs: 10 Important Questions to Ask
Is It Necessary to Buy a Baby Dining Chair? Precautions for Selecting Baby Dining Chair?
What Is the Size Standard of Dining Chair? How to Buy Dining Chairs?
Restaurant Chairs: the Best New Restaurant Chairs in the Market
Best Restaurant Chairs for Home& Office
How to Maintain the Old Elm Tables and Chairs? How About the Old Elm Table?
What Are the Advantages of Solid Wood Dining Tables and Chairs? Purchasing Skills of Solid Wood Tabl